After many deliberations, the Tourism Levy Act of Bhutan 2022 was adopted by the National Assembly of Bhutan on Friday with the Sustainable Development Fee increasing from USD 65 to USD 200.

The Committee made a recommendation on section 6 of the Bill regarding the transitional and saving clause proposing that the provisions under Tourism Levy Act of Bhutan 2020 and its Rules should apply till 31st December 2022, notwithstanding section 4 of the Tourism Levy Bill of Bhutan 2022. This was not accepted.

During the third and fourth reading on tourism levy (amendment) bill of Bhutan 2022, the Opposition Leader Dorji Wangdi said that he hopes the tourism sector will flourish after the policy changes and amendment of the bill while adhering strongly to the policy of “High value, low volume” tourism which serves the purpose of creating an image of exclusivity and high-yield for Bhutan.

The Opposition Leader also questioned the grounds for increase in Sustainable Development Fee from USD 65 to USD 200 per night and whether a thorough research has been done and what kind of long-term and short-term implications it will have on the number of tourist arrivals in the country.

Foreign Minister Dr Tandi Dorji said that all preparations for reopening of tourism have been completed and that they are tentatively planning to reopen tourism from September of this year and the reason for increasing the SDF was because it was already widespread news around the world that coming to Bhutan would cost USD 200.

Lyonpo also said that these policy changes are grounded on having talks with and consulting the citizens of Bhutan and in the long run, it is expected to help Bhutan and its economy. He pointed out that there is no need to postpone the commencement for additional 1 or 2 years, instead the reopening of tourism and reopening of the border gates should coincide with and complement each other.

The MP of Phuntshogpelri Samtse Ganesh Ghimiray said,”The tour operators in Bhutan must coordinate with offshore agents from outside. The foreign tour operators have helped develop the tourism industry of Bhutan. The marketing has been done based on old SDF of USD 65 and the revised one would cause inconvenience to many, so what those working in tourism are recommending is postponing the commencement date so that the marketing will be able to adjust to the SDF of USD 200. Secondly it will help improve the reputation of the country.”

The Prime Minister of Bhutan Dasho Dr. Lotay Tshering said, “The amended bill might actually help those working in the tourism sector instead of harming them. The postponement of the commencement for about six months, on the other hand might not solve all the problems for the tourism sector who requested about 1-2 years of postponement and they will justify that they already booked tourists for until ninth month of next year. It is more important to support the youths working in the tourism than consulting and discussing with the hotel owners and we must look for the greater good of the nation, therefore I would earnestly request the committee to keep the commencement (section 2) the same as before instead of postponing it for six months as it would create more problems in the future.”

The Opposition Leader Dorji Wangdi said that he fully supports the committee’s decision. “The government previously said that we only consulted the tourism workers and not the citizens of Bhutan but these 50,000 tourism workers also count as Bhutanese citizens. We have to review the threats the decision might pose to the tourism workers but even if it have its consequences, the limited number of tourists that do visit the country will at least help engage some tour guides. Moreover the reopening of border gates has nothing to do with postponement of the commencement.”

MP of Bumdeling-Jamkhar demkhong Dupthob said,” I would like to clarify that the committee talked with the tourism association of Bhutan. Secondly the SDF increase would benefit hotel, tour guides, vehicles etc. The tourism industry, being the wealth of the country, would help all citizens of Bhutan but that doesn’t necessarily mean everyone will have to work in tourism sector to feel the benefit. It would help people via tax to the government which will indirectly help its citizens.”

The Chhumig Ura MP Karma Wangchuk said, “We are all aware and support the decision of the committee in keeping the long-term wellbeing of nation in mind but we must also be careful not to jeopardize the present scenario of tourism sector and citizens of Bhutan. The government has not yet announced the reopening of tourism and when they do announce, will the government not have to introduce the clause stating when it will come into effect?”

The agriculture minister Yeshey Penjor said, “If done correctly, it will improve the quality of food in hotels and restaurants as well as present us with opportunities for trade of agricultural produce. We are afraid the tourists cannot pay 200 USD SDF or that it will impact the number of tourist arrivals in the country but without testing it first, nothing can be said for certain. If things go downhill, we can always change this policy.”

MP of Khatoed Laya Tenzing said, “For tourists who had paid and confirmed the tour under the Tourism Levy Act of Bhutan 2020 on or before 20th June 2022, it would make sense to levy them the old SDF rate of USD 65. We support the committee’s decision and it might cause inconveniences (for example for budget hotels who are unable to accept tourists), the government must solve these inconveniences by either via fiscal incentives measures or by reopening more number of entry and exit points.”

The House resolved to retain section 6 as proposed by the Government in the draft Bill which states “Notwithstanding Section 4 of this Act, a tourist who had paid and confirmed the tour under the Tourism Levy Act of Bhutan 2020 on or before 20th June 2022 shall continue to benefit subject to conditions imposed under Tourism Levy Act of Bhutan 2020 and Rules thereof.” 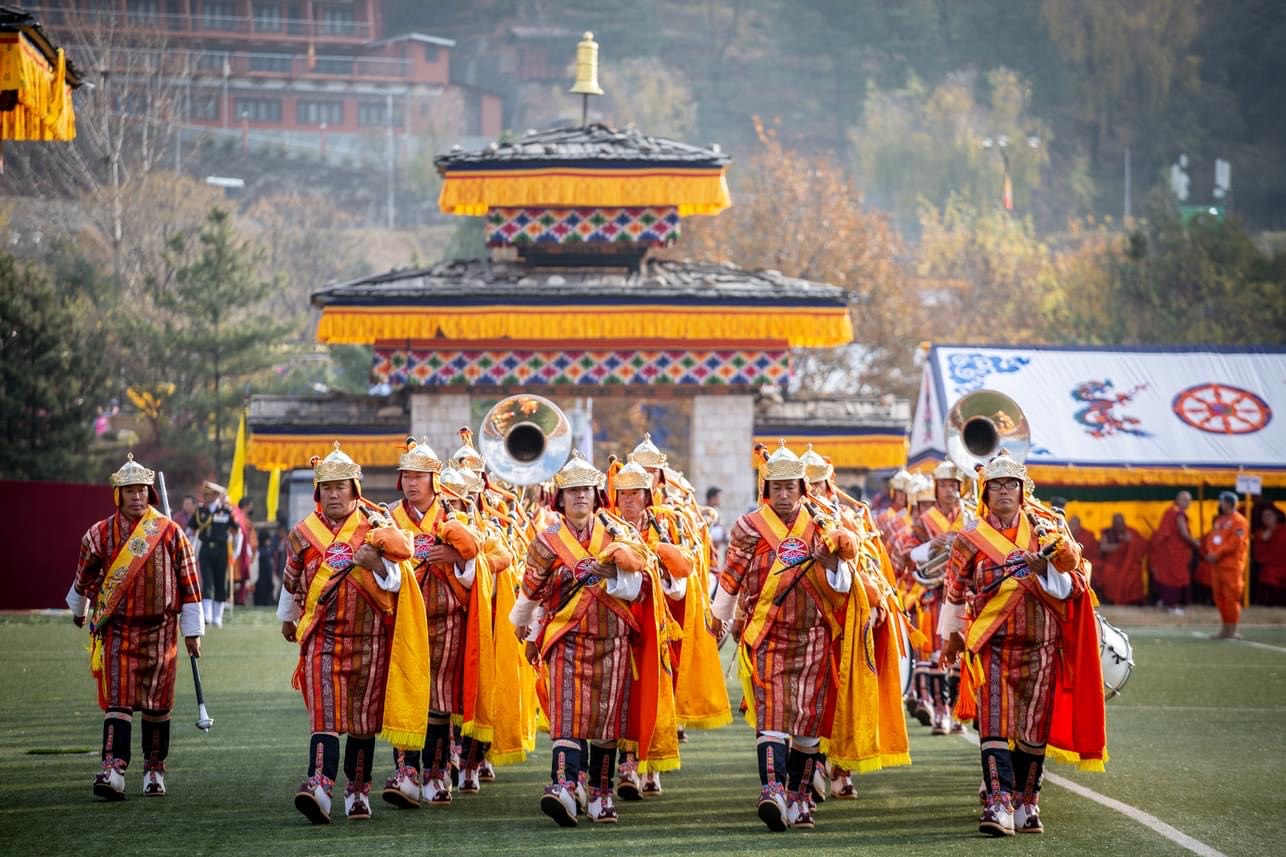 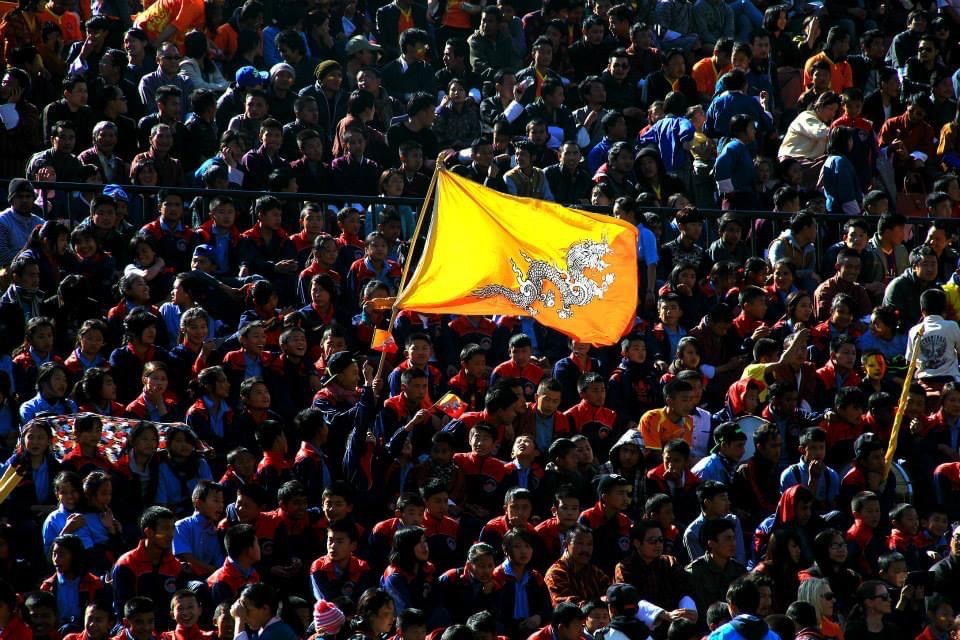